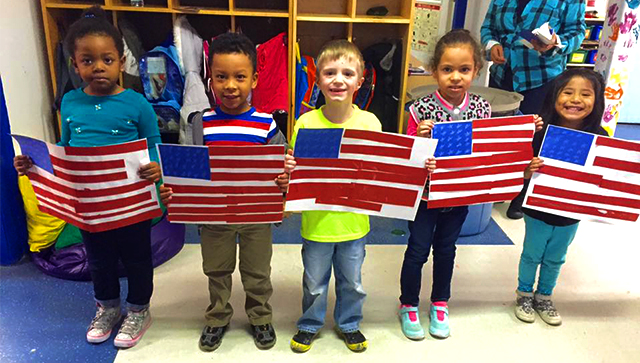 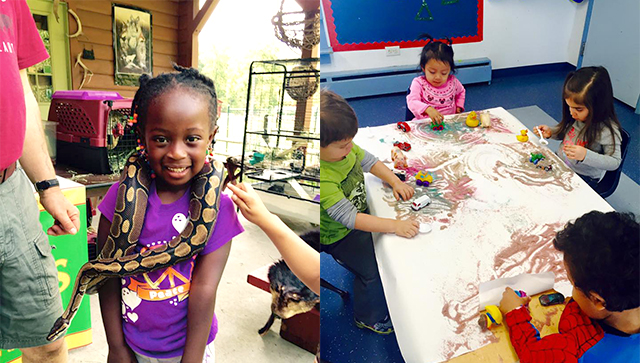 Over 120 years ago, the Women’s Association of St. Paul’s Episcopal Church pioneered a new concept in community service: a home-away-from-home for the children of Ossining’s widowed immigrant mothers who needed to work to support their families. Originally founded as the Christ Child Day Nursery and Bethany Home, we were one of the first day care centers in the United States.

When we first opened our doors, in the spirit of service, care was offered for free. Nobody came. Inquiries revealed that working poor women did not want a handout. Once we started charging a small fee, our classrooms filled very quickly.

From the outset, under the direction of an education-credentialed headmistress, the care we provided was educational rather than custodial. Since our founding, we have emphasized the education of the whole child — an emotional, social, physical, and intellectual being — as a cornerstone of our approach to child “care.”

From Whole Child Education to Family and Community Advocacy

The center became independent of St. Paul’s Church and was officially incorporated as a not-for-profit organization in 1906 under the stewardship of our original board of 15 community-minded women. In 1963, the organization officially changed its name to the “Ossining Children’s Center,” to reflect the fact that its mission has always been to provide nonsectarian education and care.

As times changed, and women of every economic status joined the workforce, our enrollment began to reflect the socio-economic diversity of Ossining. During World War II, for example, the availability of high-quality child care empowered many Ossining women to join the war effort by doing jobs vacated by men who joined the military.

In the 1960s, as more and more mothers began working outside the home, we became involved in advocacy for working families. The Center’s Executive Director at the time, Sally Zeigler, led the formation of a Westchester County-wide day care directors’ association. This group became strong advocates for public policy regarding child care. The directors’ association evolved into the Child Care Council of Westchester. Since then, the Ossining Children’s Center has continued to play a leadership role in advocacy for children and working parents.

Today, the Ossining Children’s Center is recognized as one of the top child care centers in New York State, having earned a Four Star rating by the independent “Quality Stars NY” child care rating and improvement program.  As long-term partners with the Ossining Public School system, we now offer an innovative, full-day universal prekindergarten program. And, to continue meeting the needs of our community’s children and families, we offer a complete menu of before- and after-school  and summertime enrichment programming.