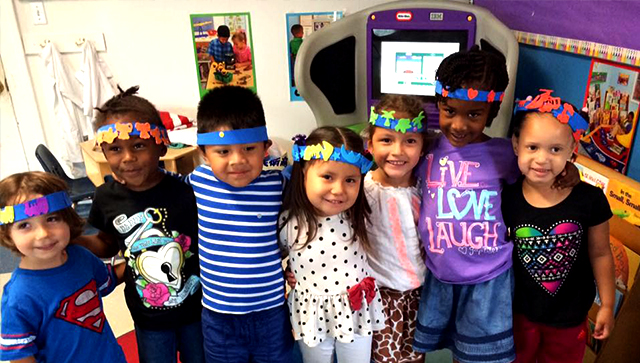 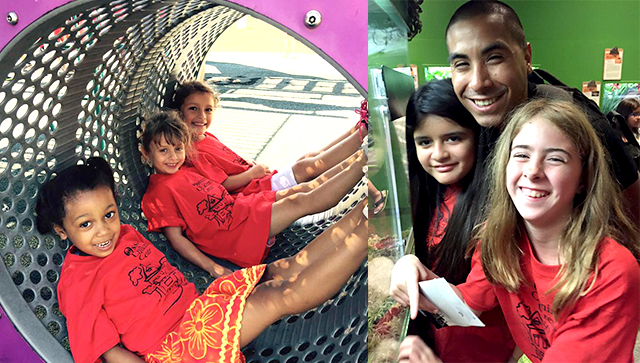 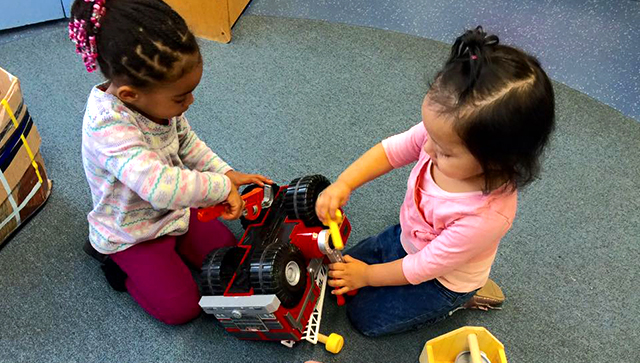 For daily updates on what’s happening in our classrooms, you may want to check our Facebook page

Scientific exploration and observation is a cornerstone of our program at all stages.  By providing our children with opportunities to study and experiment with the world around them, we are enhancing their critical thinking skills while stimulating their imaginations.

In the infant class, the teachers made visual tracking tubes by placing classroom objects in clear plastic cylinders so the babies could watch and hear the objects move as they shook the tubes. The fact that these were known objects in a different context heightened their interest in the activity.

For toddlers and three year olds, experimenting with colors took on new meanings while they created artwork.  The younger ones watched thecapillary action of food coloring travelling down paper towels, while the three year olds engaged in color mixing as they dyed Easter eggs.

Our pre-k and kindergarten students went on field trips that immersed them in scientific learning and inquiry.  The pre-kindergarteners visited the Greenburgh Nature Center, where they learned about pond life. Some of the concepts presented included the water cycle (evaporation/cloud formation/condensation), ocean verses freshwater creatures, and the life cycle of a frog,

The kindergarten class learned to tap sugar maple trees and compare saps and syrups at different stages of the harvesting process during their visit to Kitchawan Farm. They then compared those products to store-bought Aunt Jemima syrup—and Aunt Jemima won, despite, or because of, having no natural ingredients!

Our older school-agers have been busy starting seedlings in preparation for Earth Day.  They also created “lava lamps”, which enabled them to see and understand what happens when ingredients such as vegetable oil, food coloring, and Alka Seltzer tablets are combined.

The County Executive, George Latimer, met with leaders from not-for-profit organizations in Westchester, to gain a greater understanding of their most pressing issues. As in the previous meeting he had with day care directors, the County Executive was extremely sympathetic to our fiscal needs, but felt current budget realities are preventing him from helping as much as he would like.

Our advocacy in the form of phone calls and letters to the Governor was successful in that the final state budget includes over $100 million of new funding to childcare:

an estimated $106 million from the federal Child Care and Development Block Grant (CCDBG)  and $7 million from state funds to restore the cut from last year.

Thanks to a push from Congresswoman Nita Lowey, the $5.8 billion for the Child Care and Development Block Grant (from which NY will get the $106 million) was included in the final negotiations of the federal budget. As a result of our advocacy efforts, Nita chose the Children’s Center as the site to make her victory press announcement. The CEO’s of the 10 largest social service agencies in Westchester and Rockland were in attendance, as well as Mayor Victoria Gearity and Town Supervisor Dana Levenberg. Betsy Block represented our Board.